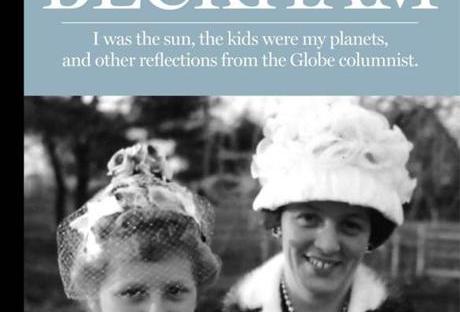 Writers are tricksters. We are taught that the headline or the first line must hook the reader. If the reader doesn’t care about your first words, you’re history. Kaput. No-one cares what you have to say next. You’ve only got about 15 seconds to catch your reader.

I get this though don’t always adhere to it because sometimes writing is about ridding yourself of deep feelings and revealing insecurities and to put a catchy hook at the beginning seems just a little contrived. That’s why writing in a journal or a blog is often so much easier than writing your book. It’s like your first ‘shitty’ draft except it’s also your final draft. You don’t have to worry so much if your editor is going to cut it, your reader’s gonna hate it and your publisher’s going to reject it.

(Alternative title for the first part of today’s blog: “The beauty of the blog “)

So in the interests of capturing your attention, I conjured up this heading which you think is going to tell you how to let go and why to hold on.

But it’s not. It’s just a rambling of thoughts and feelings about life and children and ageing and changing dynamics and dealing with stuff.

In the last few weeks, my two older of four children left home. Not far away and not overseas but they have left home. One to move into a student digs (after 2 years at home, while at university and needing a change of scenery ), the other into a student res because university is further from home in which case home is not an option. They may well be back but it will never be the same in my home again. Not the way it has been for so many years. So I’m trying to learn to let go and I just want to tell you- in case you’re wondering what the hell this blog is about – that it has been one of the hardest things I have experienced. I feel an emptiness and a kind of grief that can only be described as heart- wrenching. Is there even another word? A better metaphor? Nothing will describe it. But it hits me in the stomach every morning when I wake up and realize that they’re not there anymore. Two of my planets.

I was reminded of a Facebook post I’d seen. It’s that concept of the ‘always’ that she got so right. Always knowing their mood, the clothes they’re wearing, what they’ve eaten, how’s they’re feeling, their familiar scent as they breeze past us in the kitchen or the particular smell of their room. It’s the best description of how I’ve been feeling and I cannot do any better.

That’s why the title of the blog is a trick. I don’t know how to let go. I’m still trying.

Here it is in case you haven’t seen it before. I looked it up again and saw where it came from.  Beverly Beckham, August 27, 2006

I was the sun, the kids were my planets

I wasn’t wrong about their leaving. My husband kept telling me I was. That it wasn’t the end of the world when first one child, then another , and then the last packed their bags and left for college.

I was the sun and they were the planets. And there was life on those planets, whirling, non stop plans and parties and friends coming and going, and ideas and dreams and the phone ringing and doors slamming.

And I got to beam down on them. To watch. To glow.

And then they were gone, one after the other.

“They’ll be back,” my husband said. And he was right. They came back. But he was wrong, too, because they came back for intervals — not for always, not planets anymore, making their predictable orbits, but unpredictable, like shooting stars.

Always is what you miss. Always knowing where they are. At school. At play practice. At a ballgame. At a friend’s. Always looking at the clock mid day and anticipating the door opening, the sigh, the smile, the laugh, the shrug. “How was school?” answered for years in too much detail. “And then he said . . . and then I said to him. . . .” Then hardly answered at all.

What he had for breakfast.

What she wore to school.

My friend Beth’s twin girls left for Roger Williams yesterday. They are her fourth and fifth children. She’s been down this road three times before. You’d think it would get easier.

“I don’t know what I’m going to do without them,” she has said every day for months.

And I have said nothing, because, really, what is there to say?

A chapter ends. Another chapter begins. One door closes and another door opens. The best thing a parent can give their child is wings. I read all these things when my children left home and thought then what I think now: What do these words mean?

Eighteen years isn’t a chapter in anyone’s life. It’s a whole book, and that book is ending and what comes next is connected to, but different from, everything that has gone before.

Before was an infant, a toddler, a child, a teenager. Before was feeding and changing and teaching and comforting and guiding and disciplining, everything hands -on. Now?

Now the kids are young adults and on their own and the parents are on the periphery, and it’s not just a chapter change. It’s a sea change.

As for a door closing? Would that you could close a door and forget for even a minute your children and your love for them and your fear for them, too. And would that they occupied just a single room in your head. But they’re in every room in your head and in your heart.

As for the wings analogy? It’s sweet. But children are not birds. Parents don’t let them go and build another nest and have all new offspring next year.

Saying goodbye to your children and their childhood is much harder than all the pithy sayings make it seem. Because that’s what going to college is. It’s goodbye.

It’s not a death. And it’s not a tragedy.

But it’s not nothing, either.

To grow a child, a body changes. It needs more sleep. It rejects food it used to like. It expands and it adapts.

To let go of a child, a body changes, too. It sighs and it cries and it feels weightless and heavy at the same time.

The drive home alone without them is the worst. And the first few days. But then it gets better. The kids call, come home, bring their friends, fill the house with their energy again.

Life does go on.

“Can you give me a ride to the mall?” “Mom, make him stop!” I don’t miss this part of parenting, playing chauffeur and referee. But I miss them, still, all these years later, the children they were, at the dinner table, beside me on the couch, talking on the phone, sleeping in their rooms, safe, home, mine.

And then just yesterday, I was reacquainted with a friend who was at my Junior School in the 70’s and who I have not seen since I was 12 years old. 40 years ago. We met briefly after several thwarted attempts – he lives in New York for one thing- and I had a brief hour to catch up. It was much too short of course and we plan to meet again but what intrigued me –apart from being fascinated by people I once knew who live different lives in other parts of the world doing extraordinary things- is that when he spoke of his home in Parkview which is where I lived too, I had the most vivid recollection of a moment: the smell of wood and the memory of a staircase and a landing and once being just a young child in a certain space at one time. A moment in my memory which my mind was still holding onto.

Why? I don’t know. Moments and memories are the only non-tangible assets that accompany you in your life journey.

So how to let go and why to hold on? No answers. The sweet and the sad, and the doors closing and others opening? Simply a big collection of moments and rooms in your head and your heart.