As teens travelling the long and straight road home from the University of Cape Town to Johannesburg for the holidays back in the 80’s, HANOVER was merely a small scattered array of buildings on the side of the N1: a place to slow down a little before accelerating to the next town. We would never have dreamt of staying there, let alone stopping and anyway, there were no overnighters then since we meant to get home as quickly as possible.

We were two young girls then, driving a badly tarred and tiring road in a little car, leaving Cape Town in the dark and arriving home about fifteen hours later. Bizarre to think of the unforeseen dangers and incalculable risks of these long journeys: massive trucks passing within meters, potential tyre trouble and car malfunction, unsavory characters that may have lured us into who knows where. Bizarre to think.

This time, travelling back to Cape Town after leaving the beautiful Gariep Dam close to Colesburg, 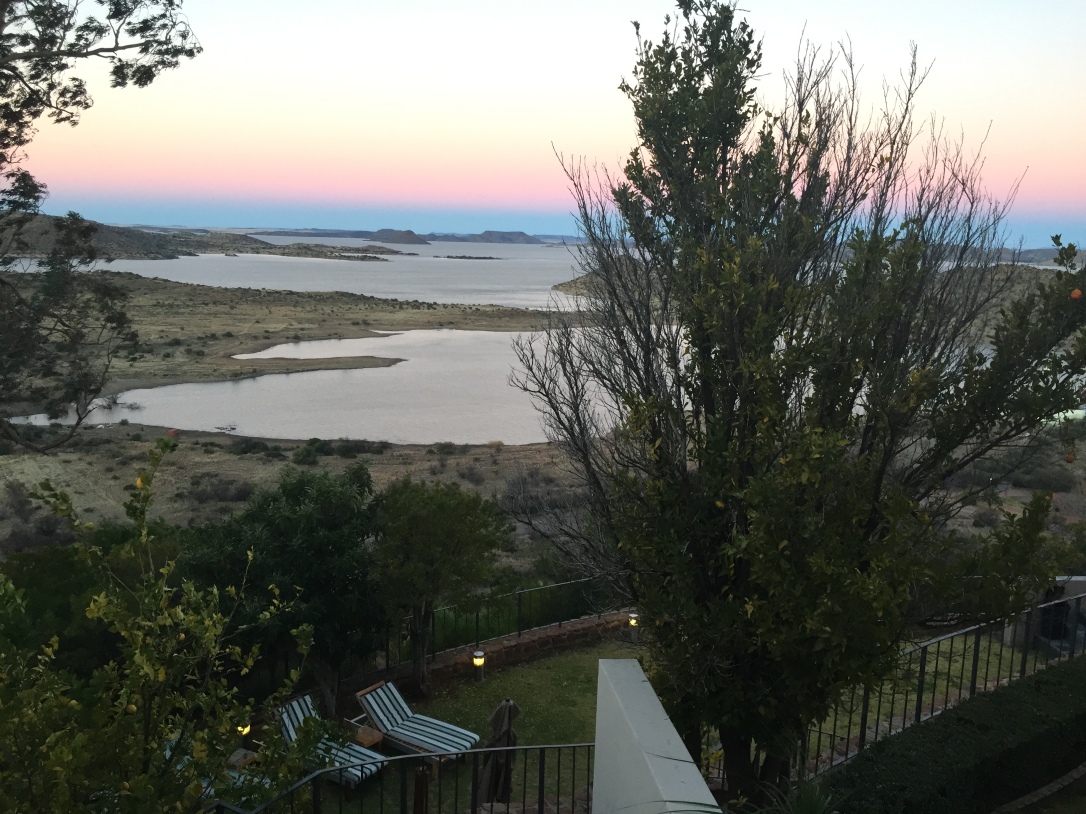 we went in search of breakfast and tummies started rumbling. And when there are six tummies, four of which are teens, in a tightly packed luggage filled car, the tendency is to try and find the path of least resistance. One-stops were a brilliant initiative in this respect: petrol, pee stops and padkos all in one place. The inevitable settling for an oily cheese and tomato toastie and a watered down cappuccino often wins the day. It always seems a better idea to just get going.
Not this time.
‘Here, here’, I urged my tireless driver to turn as we slowed down to Hanover. 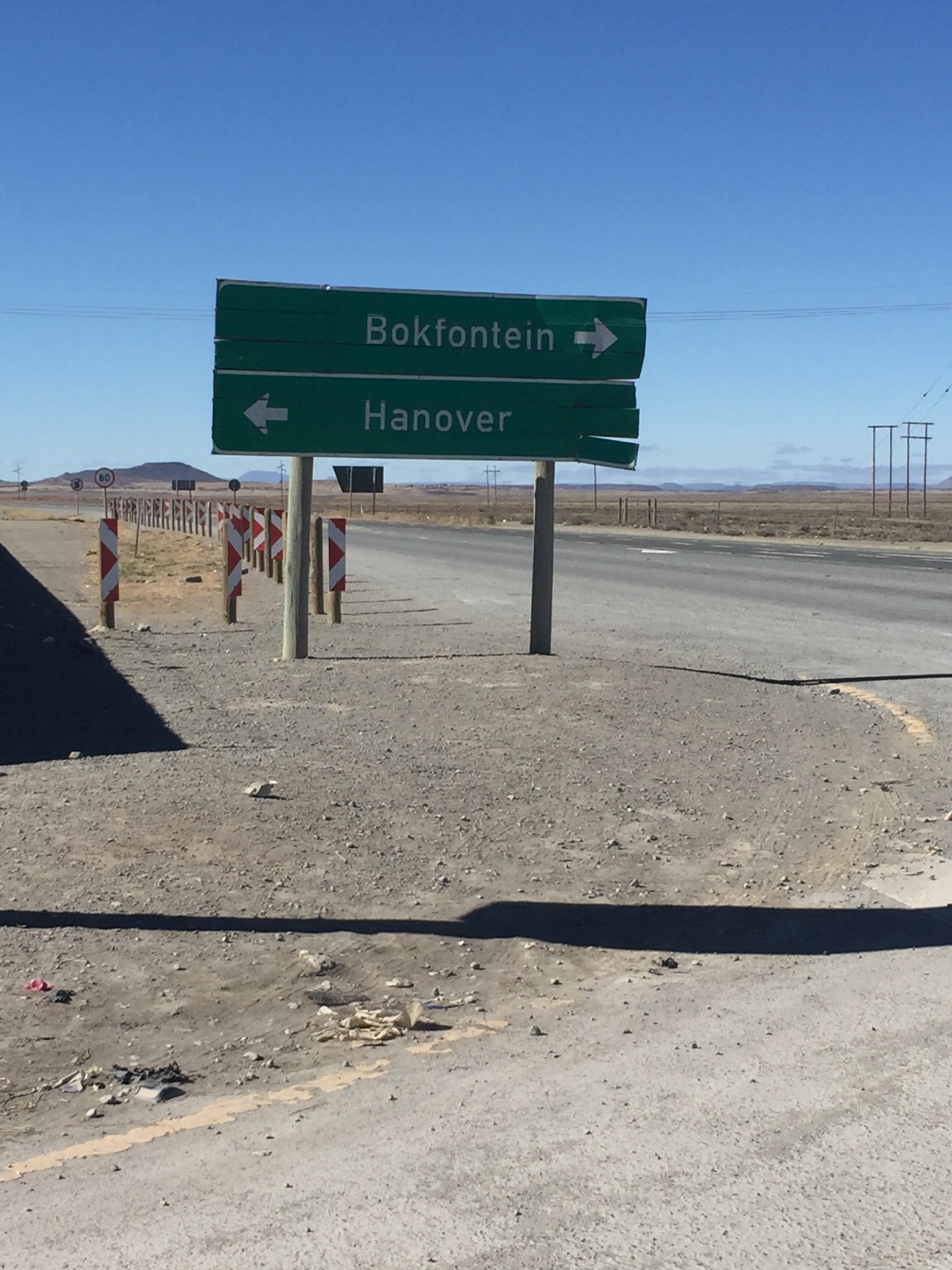 ‘I’ve read about a cute coffee place where we can have breakfast.’
We stopped outside a hotel of sorts. He went in and came out quite quickly. ‘Ja, there’s nothing happening there’, he said.
‘Thanks mom,’ I hear repeated. ‘Ja, thanks. I’m flippin’ starving. You never feed us’.
It’s a common complaint. And I don’t listen to common complaints any more.
We drove around the corner and I saw a sign for a BOUTIQUE guest house but it looked quiet and locked up. No one around. But there was name and a cell number to call and someone answered. 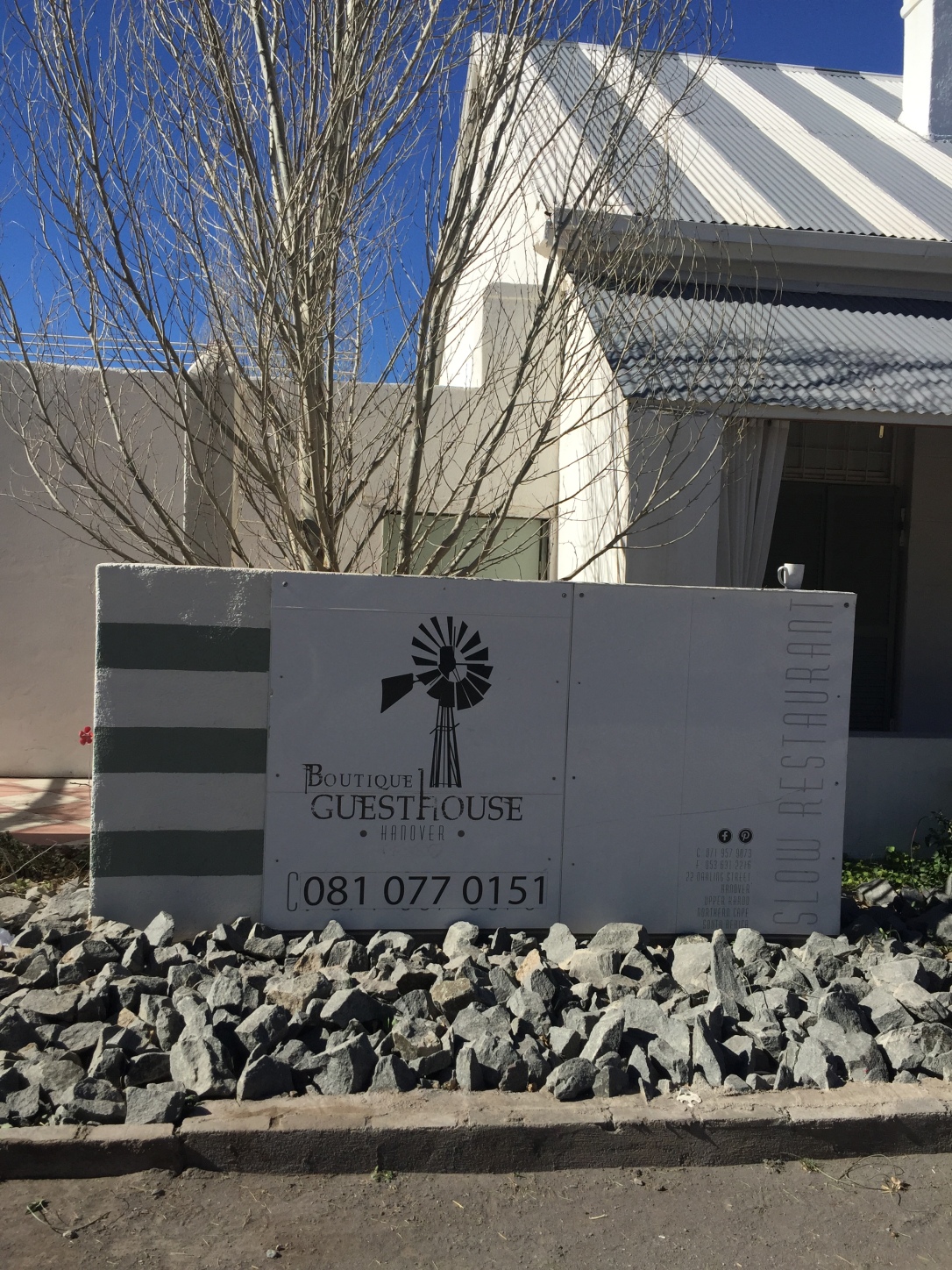 I went inside to check if we could fill our tummies and the delightfully pleasant lady said, ‘No problem’.
Here she is with her helper.

It was freezing inside and everyone followed me in hugging themselves in search of warmth and the nearest toilet of course.
I felt instantly in love and began clicking away at every angle, while someone appeared and started a fire in the dining room and some bashing of pans began in the kitchen beyond. The smell of coffee brewing and the sun gently inching in through the windows as we lent against the window sills while the table was set was all we needed to make us feel alright in the world. My favourite Wonky Ware crockery, delicious roosterbroodjies, jams and cheese. Even my long-suffering driver husband started to thaw and walked around eyeing the place for its wonderful show of interesting art and artifacts. 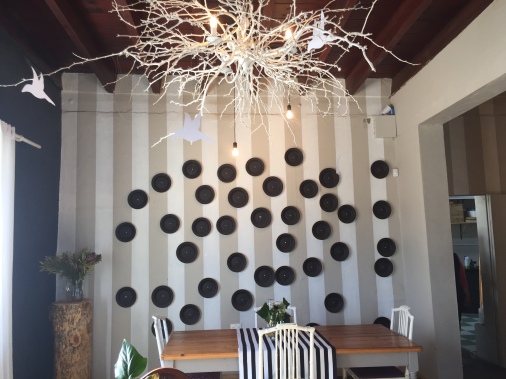 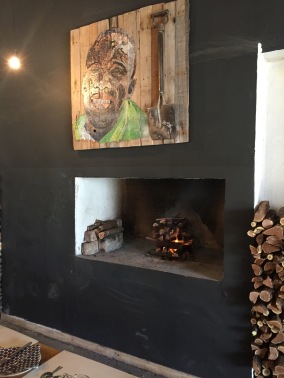 And then the music came on. How do I describe this feeling? My son (a little cheekily but quite cute I thought) had turned on the small sound system next to the coffee machine and I heard sounds that I recognised. Sounds that sit exactly in the spaces of mine they are supposed to find.

It was Dave Braun, the trumpeter who I have recently discovered and who I would follow around the world to listen to every month if I had no other pressing obligations and infinite funds. What the hell are the chances of all of these?

But it wasn’t the coffee and egg and bacon. Or even the warmth of the music, or comforts of fire. It was the whole damn mix of stuff. But mostly it was just the six of us sitting alone in a dining room enjoying a meal together. The most precious people in my world (yes there are others who rank highly but not a touch on these) and this morning as I read an article about ‘winds of change’ as I scrolled mindlessly through some stuff at four this morning, I realised how incredibly grateful I was at that moment.

And also how to put Hanover in context in the writing. 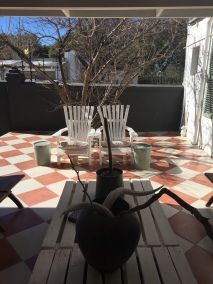 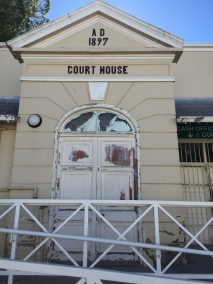 Because you see I’m not really a travel writer and though I wanted to showcase this beautiful place to the rest of the world, writing (FREE!) blogs to mostly faceless people about places I’ve experienced is not what really concerns me.

It’s in the understanding that things change and life moves on: that certainty of life not being certain and how we manage the change.

I now understand how I was feeling in the first few months of 2018 after my two oldest left home.

For years and years we have all lived in the same house, our little set of six, travelling the same roads, eating at the same table, telling each other stories of our daily lives. All my children were born in this house. It’s all they’ve ever known. And then two of the four moved out and away. And though it’s not another country or even another province- in fact it’s barely a few suburbs though one is slightly further- and though they come back often when food is low and clean clothes in short supply, it was the start of winds of change.

Since we cannot know what lies ahead and how we will process whatever winds blow our way, we must now hang onto more Hanovers.

So with this blog, I leave you two things:
– hang out a little in Hanover (Olive Schreiner lived there once too piquing my interest further in lives and living and writers and writing)
– hang on to your little ‘Hanovers’

2 thoughts on “hanging on to Hanover”

Neri reads: It all began with Eleanor Porter

Prime my subconscious, one hint at a time

Understanding ourselves and the world we live in.

Confessions of a Doctor to be
Lightning Droplets

Little flecks of inspiration and creativity

Diane's blog about theatre, art, movies, food, books, life, the universe and everything

Julie Around The Globe